Chemical scientist Dr. Horst Liebich (1913-1985) founded the Laboratory Dr. Liebich in 1958. Already as a young student, he had the goal of becoming self-employed later. Actually, he said, he thought he wanted to do this in his mid-30s.

However, the war and post-war years delayed founding by 10 years. After having worked in pharmaceutical, food and cosmetics companies, he started out in the laboratory of a pharmacist friend of his. Soon these facilities were too small, new analysis equipment had to be purchased, a chemical technician and a secretary were employed. The town of Renchen became the first official location. The new rooms also were too small after a few years and the larger ones were in the immediate vicinity of the previous ones. Further chemical technicians and laboratory technicians increased the number of employees and the "apprenticeship training" began.

In 1980 a qualified chemist (Diplom chemical scientist) was employed as laboratory manager, who is still working in Laboratiry Dr. Liebich.

Moving and change of owner

When Dr. Horst Liebich died in 1985 the laboratory moved to its new location in Appenweier. In 1986, the founder's daughter took over the laboratory as the sole owner: Gisela Liebich, a graduate chemist (Diplom chemical scientist). She did her doctorate (PhD) later, while working full-time and with a family.

Another move in 1992 to the current building enlarged the laboratory again.

The founder started his independent activity with the development of test methods for medicinal, food and dietary supplements. Paper chromatography, thin layer chromatography and determinations with the flame photometer, which was later replaced by the much smaller spectrophotometer, were the first methods.

Dr. Horst Liebich also developed a method to bring lecithin into solution, because the method on the market was protected at the time.

However, he himself was neither a manufacturer nor a distributor. He was primarily interested in the scientific side. He also developed recipes for a vitamin capsule, a remedy for athlete's foot, and much more.

Just as today, the freelance, but still on-site work in manufacturing and quality control in pharmaceutical companies was in demand. At that time there was neither the term production manager nor control manager and certainly not the term “competent person” or “qualified person”.

Back then you were a scientist and you didn't talk about money. Since the takeover, scientific expertise has been linked to economic aspects.

So the current owner took over the laboratory Dr. Liebich in 1986. The first voluntary quality management system was implemented as early as 1989 (but not yet with this name at that time).

The field of activity expanded more and more: the approval as production and control management was transferred to "Qualified Person - QP", drug(post)approval, expert activities for the then BGA (German Federal Health Office, Bundesgesundheitsamt), quality control of drugs, stability tests and storage according to ICH-Guidelines, GMP auditing of pharmaceutical companies, sworn experts for pharmaceutical analysis, registration and analysis of homeopathics are just some of the services that Laboratory Dr. Liebich offers today.

The two hearts that beat in the owner's chest—namely that of the diplom checmical scientist on the one hand and that of the service provider for the pharmaceutical industry on the other—resulted in very different voluntary activities. On the one hand, Dr. Gisela Liebich served in the Society of German Chemists (GDCh) as a board member and deputy president (2008 and 2009) and on the other hand to this day in the Pharmaceutical Chemistry Expert Committee of the German Pharmacopoeia Commission. The voluntary commitment of the Dr. Liebich was supplemented by the appointment of the laboratory manager, diploma chemical scientist Sybille Herr-Schemitz, to the commission of the analytics committee of the homeopathic pharmacopoeia to match the field of homeopathy. Since 2015, the topic of "cannabis" has been added. 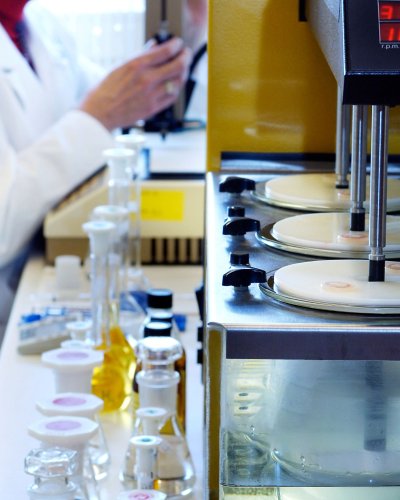 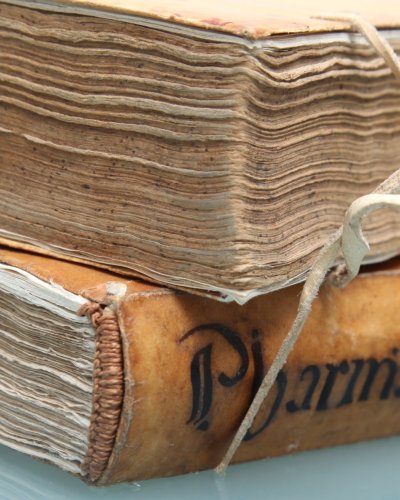 History of the German and European Pharmacopoeia